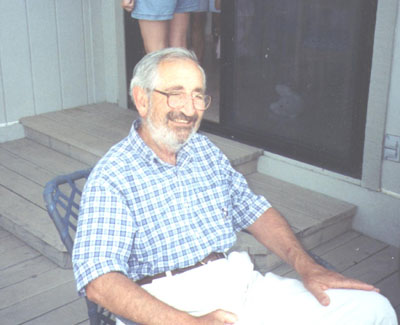 Paul was born and raised in Rochester, New York. He served in the United States Navy and was awarded the Purple Heart during the Korean War in 1952. Following his tour of duty, Paul settled in Honolulu, Hawaii, where he had been stationed by the Navy. There, he met his wife, the former Mary Chambers. They wed in 1953.

Early on, Paul realized the enormous career potential in Hawaii’s burgeoning hospitality industry. For nearly two decades, he enjoyed success as owner or part owner of several of Hawaii’s most popular restaurant’s, including The Hofbrau, The Green Turtle, and The Sand Box in Honolulu, as well as the historic Pioneer Inn in Lahaina.

In the early 1970’s, Paul and his family – Mary, and children Peter and Connie – moved back to the mainland, where Paul was charged with opening restaurants for a large foodservice conglomerate. During this period, Paul became increasingly disillusioned by the cost-cutting mandates he received from his employer, which were directly at odds with his personal standards for food quality and customer service.

His frustration with corporate tactics prompted Paul to invest his life’s savings in what he termed an “honest” restaurant in Mountain View. In March 1974, the first Hobee’s Restaurant debuted at the intersection of Rengstorff and Central Expressway, at the site of a converted Dairy Belle. Paul enlisted the help of his wife and children to run the tiny eatery. Originally, all food was served out of a takeout window. Initial sales were tepid, and at one point early on, the family van was sold in order to make payroll.

A few months after opening, however, word of mouth began to spread about Hobee’s unique menu which featured fresh, healthful entrees, as well as the Taber family’s attentive, friendly service.

Paul made it a point to learn every customer’s name and order. He maintained that one of the driving forces behind his decision to open Hobee’s was the simple desire to make friends.

Paul’s gradual success led to the addition of several more Hobee’s locations throughout the Peninsula and South Bay during the decade following Mountain View’s launch. Sales soared and accolades – including a slew of “Best Breakfast” kudos – mounted. Soon after Hobee’s began franchising in 1986, Paul turned over the reins of the growing chain to Peter and Connie. Today, 24 years after Paul took his chance in Mountain View, 11 Hobee’s gross in excess of $12 million annually.

Paul enjoyed several athletic pursuits, including golf and bicycling. At age 60, he rode his bike on an organized tour from Portland to Denver. He was also a keen animal lover, and served as a volunteer for several years at Palo Alto Animal Services.

If you have a memory about Paul you would like to share, please e-mail ptaber@jaimem23.sg-host.com. We continue to be amazed at the number of lives Paul touched.